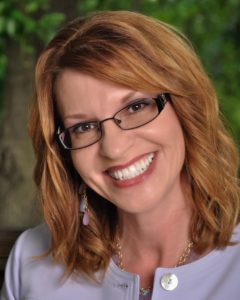 Judi had always written her thoughts. Over her lifetime, she found that writing became her outlet during times when she felt she wasn't likely to be heard or understood. As life situations arose, and her closeness with God grew, she began experiencing thoughts word-for-word in her mind for days on end. There was no peace from this until she wrote those very words down. Once written, she began to see a pattern. Within 72 hours, following the writing of these words, a person would cross her path who would share something with which they were currently dealing. Judi found herself quoting the words she had just put to electronic paper; often she would print or email written pieces to the those who wanted more.

Many had expressed comfort in Judi’s writings. She quickly learned that not only were these writing pieces a release for her own burdens, they were meant for individuals she was yet to meet. They gave comfort to those crossing her path, as well as to her by reminding her that the burdens she was experiencing were not hers exclusively. These writings formed her first book, It Is Well With My Soul. Now, you may read these thoughts, and personal life lessons, on this website on the "Books"  page.

Following the completion of her first book, Judi had no idea what God would lead her to write. While on a long solo road trip, God delivered to her the entire story which she wrote in her novel, InSight. You can learn how that came about from her "Books" page on this website.

During the time it took her to write InSight , Judi studied and learned to write screenplays . Many have said, following their reading of InSight, that the story read visually and is like watching a film. Judi has written several scripts; including InSight as television pilot episode. She’s considering writing it as a feature length film.

God has certainly shown himself to go before Judi. In recent years, He’s placed many amazing people and creative believers in her path. So much so that she states, “My life is like a TV series scripted by God. During each season, I never know what characters will enter and which will leave the show. There are so many plot twists that I can’t gauge where the storyline’s going. And, believe me, not every episode is my favorite. But…I like the show. I really like the show.”

Although she will always be a continuous work in progress, Judi is honored to be a usable vessel for God. 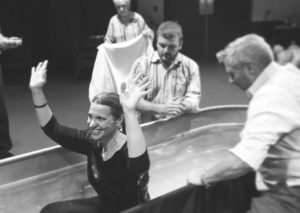 Then at the end of July/first week of August 2017, every aspect of Judi’s life changed all within the same week. That which she loved was taken away, and what she counted on as financial stability was no longer there. She became crushed into dust once more. As much as it hurt to lose the familiar, she could see that God was doing a mighty work within her. The potter was remolding her into a new, thicker, stronger vessel for multiple uses.

The molding process isn’t comfortable, but the potter never takes his hands off the clay. He guides it and forms it to His liking. By forcing Judi to restructure her life, she knows, without a doubt, that God is preparing her for where He’s taking her writing ministry. She concluded that, without those events, she was the one in the way of God's plan for her life. She had to retrain in how to think and behave in certain situations.

It was during the tumultuous first week her transformation, that the death, burial, and resurrection representation of baptism came to her mind. To Judi, the submersion is the equivalent of the potter taking his new creation and placing it into the kiln; solidifying its usefulness. It was then that she decided to rededicate herself to the direction God is taking her life.

Watch Judi’s full testimony and re-baptism in the video below. She has decided to follow Jesus. No turning back…no turning back.