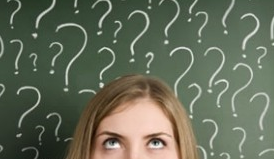 On March 10, 2016, I awoke with the same headache that I had taken aspirin for the night before.  I took Tylenol but the pain in my head progressed throughout the day.  Excedrin Migraine failed to ease the discomfort.  Painful to the point of tears, I counseled myself out of crying for fear of exasperating what had now become a “Mohawk” of pain spanning from forehead to nape.

Finally, at about 4 p.m., I noticed that my head’s pain had dissipated.  Within moments of that conscious awareness, a woman walked, ever so gingerly, into the bank where I work.  I’ll call her “E.H.”  She asked if she could sit in order to address her business, and was directed to the end where I was stationed.  As E.H. began to carefully sit, she told me that she had just been discharged from the hospital.  She was post-op from brain surgery.

I assisted her with her banking needs (several different services to address).  During our time together, she shared that a malignant growth was removed from her brain and that, had she not opted for the surgery, her life expectancy prognosis was extremely short.  She will soon be starting chemotherapy treatments.  I told this gentle woman that I would keep her in my prayers.  In an effort to comfort her in some way, I shared with her that two of my friends have each had a tumor removed from their brain and that both are doing very well...years later.

Her strong faith in God became evident as we conversed.  Sometimes, God allows us things to go through so that we have a strong testimony to share when it’s over.  The attitude with which we approach it is testimony in itself.  I happened to have a copy of It Is Well With My Soul with me.  I gave it to her with the hope that something within would give her encouragement.

I have often wondered why God has not removed me from the overwhelming stresses of this particular workplace.  I am more than ready to move on, yet each day, God brings me one person to confirm to me that I had to be there in order to speak with them; help them; encourage them.

On March 10th I was blessed to have met E.H.  I don’t believe that I was there for her, but rather that she was sent there for me.  During our time together, it was placed into perspective that my puny stress headache is so very minor compared to what another may face.  I was also reminded that I must wait on God to prepare what He has for me.

Before E.H. left I said to her, “You’re going to be just fine.  ...And if you’re not,” pointing my finger skyward, “you’ll be even better.”  She and I embraced.  Then she slowly walked out in the direction from where she had come.

She will be fine and so will I.  God has control of each and every day.  The attitude with which we approach life’s challenges demonstrates where our heads are.  So...where’s you’re head at?