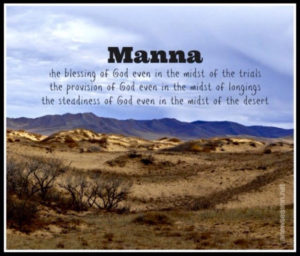 I’ve delayed writing this blog because of it being personal. Yet, every personal story is a testimony of faith. It's by sharing these life events that others may see God, and how He encourages us; carrying us during times of despair. This is my recent story:

Since early 2016, I had been working as Business Operations Manager for businesses who were staying fully operational until they closed their doors, or for businesses that required setup of their operational structure. These positions were temporary contract positions. Each position paid more than the last and my financial needs were always met.

In May of 2017, once such contract ended. I’ve never gone more than two weeks without employment. My skill set, work ethic, attitude, and references make me a desirable candidate for employment. I had dragged out the writing of my novel, InSight, for too long. God gave me the story in 2014. I knew that He wanted me to finish the book. I decided to use the time away from full-time employment to complete this God-appointed task. During that time, I had six staffing agencies, throughout Nashville, looking for work on my behalf. I was also checking Craig’s List and other websites; sending out my resume` daily. The available jobs were very low paying and not sustainable for me. Each one was wrong fit on many levels, and would have been a backward step. I had difficulty understanding why, in such a major city, there would be no viable openings for someone with experience such as mine. Two weeks became two months.

Having worked contract jobs, I secured finances aside to cover my living expenses during the dry spells between contracts.  I was blessed that “Express” Agency had kept me in small fill-in positions, sometimes in their own office. I hadn’t expected to go two months with virtually no income.

K-Love Radio had been instrumental in delivering to me the story of InSight by playing Brandon Heath’s “Give Me Your Eyes” while I was on a long road trip. In faith, I had pledged to give the radio network a substantial monthly donation to help keep their listener-supported stations operational. The pledged funds are auto-deducted from my bank account on the 20th of each month. In addition to my personal donation, 10% of InSight book sale proceeds will go to K-Love Radio. I planned on informing the radio network of that, once the book became available in all formats.

On June 27th, I assessed my finances down to the pennies in my wallet. Sadly, I concluded that I would have funds to pay my bills through July 7th, and not one day beyond. I’ve lived paycheck-to-paycheck before, but never with no income and no prospect of one. I contacted all six agencies, and even offered to scrub toilets. I was feeling rather melancholy that day, but kept plugging away at finishing the novel. I decided that I wasn’t living by faith if I contacted K-Love to ask them not to withdrawal from my account. It was too soon and I believed that I would have income by July 20th.

That evening, I missed a call from K-Love Radio. They wanted to know what prompted me to pledge. This was an opportunity to tell them the story behind the story of InSight.  What are the odds that they would call me? I was overwhelmed to tears and couldn’t return the call that evening (I did connect with them later ).

The next day, I received a call from “Express” Agency to work files in their office on Thursday. I joyfully accepted and praised God for the one-day job. I said to myself, “I can pay my electric bill (due on the 9th).” I couldn’t thank God enough for the “manna” He provided.

As I was leaving my home for the “Express” job, I noticed an email on my phone from “Wood” Agency. They had a fill-in job for me that would employ me on July 6th & 7th, 10th – 14th, and 20th & 21st. PRAISE GOD! Now, I could pay my bills through the end of the month. I responded,“Put me in for that.” I praised and thanked God all the way to my car. I knew that God was working on my behalf. I saw it. I felt it.

As I drove from my driveway, I turned on K-Love Radio. The song that began playing was Casting Crowns “Just Be Held.”

You’re not alone, stop holding on and just be held

Your world’s not falling apart, it’s falling into place

I’m on the throne, stop holding on and just be held.”

“I hear you Father. I’m fully placing myself in your hands,” I prayed. I pulled over and found the song on YouTube and posted it to my Facebook page before continuing to the one-day job assignment. When I resumed my travel, and turned the radio back on, another song was mid-play. The first words projecting from my speakers were, “Hold on.” “I hear you, Lord. I know you’ve got this. Thank you. Thank you.”

As I pulled into a parking space at “Express” Agency, my phone rang. It was “Randstad” Agency. They wanted to submit my resume` to a global company in need of a Payroll Specialist. The job paid far above any job offered over the last two months. Although I’ve done payroll in various forms throughout my years of Business Management, I haven't worked the department exclusively. I believed myself unqualified for the position, but I told the staffing agent to put me in for it. If their client felt I didn’t have proper experience, they wouldn’t call for an interview. With joy and praise, I entered “Express” Agency and proceeded to the back to perform my filing duties.

Within an hour, my phone rang. It was “Robert Half” Agency (4th agency of the day). They had a fill-in position for someone who was out sick. The position would last at least a month and could be longer. “It starts tomorrow,” the staffing agent said.  “I’ll take it!” Who starts a job on a Friday? No questions, Judi, just praise. I contacted “Wood” Agency and requested that they take me out of the running for the 9-day job.

Shortly thereafter, my phone rang again. It was “Randstad” Agency calling to set up an interview for the Payroll Specialist position. I was elated, but couldn’t do a next-day interview as I had committed to starting another position. The interview was set for lunch time on Monday, July 3rd.

I began the temp-job on Friday, and during that weekend, I completed the novel. I had someone suddenly offer to help with financing the E-Book formatting and just handed me a check that evening. God, once again, was telling me how important this book is to Him, and that I must trust Him to take care of me while I do His work.

I was told at the interview, for the position I didn’t believe myself to be qualified, that I was “over-qualified.” I asked the interviewer to please let me decide that. My life focus is on the writing I do for God. I can run a company, but I don’t want to. I want a job with security and benefits that I can go to, go home from, and write. I’m looking to stay put. I don’t want to spend time looking for work or clawing for advancements. My time away from work must be spent writing. I started the Payroll Specialist position on July 17th. By that date, InSight was available in E-Book format.

The lessons I learned, is that God sometimes overturns the order of our lives so we can see that He has other things in store for us. I required the Father’s discipline to force me to get the book written. I know, in every fiber of my being, that God is bringing something large in my direction with regard to my writing. Through this experience, I learned to TRUST. I learned to look at finances differently. I learned that even the most personal of stories is a testimony that someone needs to hear (perhaps it’s you).

God had overturned every aspect of my life by the end of July/first of August. It’s not easy, but I know that it’s necessary. The Father is giving me a crash course in the way I view things, so that I can be ready for what He has coming, and act accordingly. God is good. My “world’s not falling apart, it’s falling into place”...and so is yours.

2 thoughts on “Manna From Heaven”