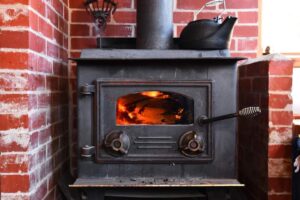 “Banking The Coals” is a feature-length film based on the life of Michele Davenport. She tells her story in her book, “Ripened On The Vine”. Michele has experienced a life that many would not have physically or mentally survived. Yet every experience was proven to be an opportunity to build faith.

This film takes us through Michele Davenport’s traumas, sexual abuses, abandonments, generational patterns, addictions, and finally to the forgiveness that one can only have by the grace of God.

Michele has teamed with the Kooman brothers of Unveil Studios to produce this film. I’m honored to be the vessel used to help bring this story of tenacity, faith, forgiveness, and personal redemption to the screen. 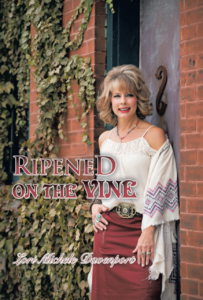 Michele has partnered with Capstone Legacy Foundation to oversee the financing of this project. If you'd like to see Michele's story for God's Glory reach the hearts of others, you may donate by clicking the link below.

In addition to writing the original screenplay, I was blessed with the opportunity to edit "Ripened On The Vine" for reprint. The story now includes the names of the characters as they will be on the screen. I can't imagine anyone reading Michele Davenport's story and not having the desire to share it with others. Click the link below to purchase your copy.

Prior to optioning "Banking The Coals" to Unveil Studios, I was afforded the opportunity to enter the screenplay in a small amount of Film Festival/Screenwriting competitions. The screenplay was awarded Quarter Finalist in the Faith in Film: International Film Festival and Screenwriting Competition 2022 and Official Selection (top 25) in the Ink & Cinema: True Story Showcase 2022. 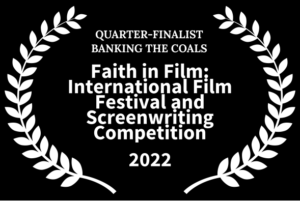 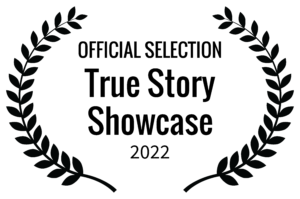 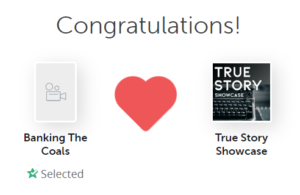 "Ripened On The Vine" book by Michele Davenport 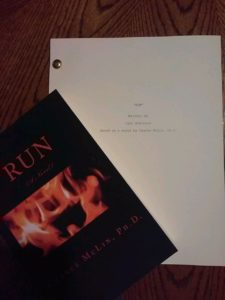 RUN, a novel by Chance McLin, Ph.D., is the first book of his literary trilogy.  The story features a small group of Christian friends and the tribulations they, and the rest of the world, face during the rise of the Antichrist.  Action-packed and graphic at times, it is biblically sound and technology researched coinciding with the setting in the year 2020.

I was hooked by the intensity of the first chapter.  The characters are likable and the story moves along steadily with a surprise ending.  As I read, each chapter played out in my mind as scenes of a movie.  I had gotten to know the author personally and we spoke many times about his vision for RUN along with the subsequent books.  Many people had expressed that they would love to see RUN as a film.  I was no exception.

Many people are experienced in screenplay writing; however based on our hours of conversation on the subject, I am certain that no one would know better than me what the author was picturing in his mind as he wrote it.  Because the information this story contains is so prophetically sound and such an important message to Christians, I expressed to Dr. McLin that I would like to “take a crack” at writing the screenplay.

Months passed.  During that time, I said no more about the screenplay but I was secretly learning the “language” and format for writing screenplays.  I attempted free downloads of writing programs which I found even more difficult to learn than the new writing language.  So, I ended up going with what I know, typing with margins and tabs.  After all, screenplays have been written for decades with old-fashioned typewriters.  Gosh, I can’t imagine how difficult that must have been.  Hats off to those writers!

Although I had a fair understanding of screenplay writing, others began stepping forward, expressing their desire to write a screenplay adaptation of RUN.  I pulled myself back without saying a word as I doubted my ability.  I quickly learned that God had His plan for me in this.

As with anything that God has wanted for me to write, I was granted no peace from it.  Usually, I hear word-for-word in my mind what God wants for me to put to paper.  In this case, I saw visual pictures scene-by-scene (in screenplay format) every day.  I saw this when I closed my eyes at night and before I got out of bed in the morning.  I saw these scenes as I readied myself in the morning for work and as I cooked dinner in the evening.  My thoughts were encompassed.  Although I doubted my ability, God did not.  I would have no peace until I committed myself to the task God laid out for me to do.

I have enormous respect for anyone who has taken a 300+ page book and worked the story down to 120 double-spaced and formatted pages of a screenplay.  Only God could help that screenplay writer with keeping the message of the story true to the original literary version.

After writing each chapter of the book as I viewed it in my mind in screenplay format, I had no choice but to crop, crop, and crop scenes in order to fit the 120-page maximum length.  It was difficult to decide at times what it was that could not remain.  It felt personal.  However, the end result was meticulously and prayerfully thought out.  The integrity of the story and the information Christians should be made aware of is fully intact.

My prayer for this project is that God moves to step forward producers who are committed to spreading an eye-opening message; producers who are not concerned that the story isn’t sugar-coated and loaded with feel-good fluff; producers who are in a position to get this message to a vast audience; producers dedicated to the project and will, under no circumstances, compromise its contents, characters, or message.

I have no doubt in my mind that this is a God-ordained project and it will be completed to His perfection.  I am merely His usable vessel. 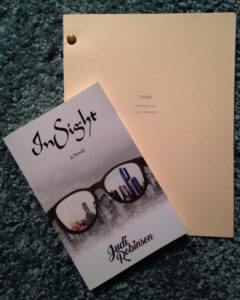 In November of 2014, While driving from Washington, DC to Nashville, TN. Most of my miles were spent in peaceful silence.  The solitude of the twelve-hour road trip afforded me beautiful conversations with God.  I had defined four things (in no particular order) in my life that I deemed the most important of my heart’s desires.  I began statements of affirmation for each one.  My statements were as follows: “My God shall provide for me (heart’s desire) in abundance.”  One of those affirmations was, “My God shall provide for me the words and stories He’d like me to write, and the words will flow through me in abundance.”

After about seven times of verbally, and emotionally, sharing my heart’s desires one-on-one with my Lord, I wiped my tears and turned on the radio. With no preset stations operational on a road trip, I was blessed to find a K-LOVE Radio station signal right away.  Brandon Heath’s “Give Me Your Eyes” began to play.  I had heard it many times.  Only this time, the lyrics resounded differently to me.  As often as I had sung the words of this song in the past, I actually heard them; envisioned them.  My first thought was, “Wow, that concept would make a great TV series.”   It was then, that a story, from start to finish, came into my mind.  I was excited.  I thought, “I’m going to tell Dr. Chance McLin about it, so he can write this story when he’s finished with the book series he’s writing now.”  Then, I heard a voice say to my mind, “No, Judi, you’re to write this.  I gave this to you.”

Shortly thereafter, I began writing the first four chapters. The novel was placed on hold so I could write the screenplay for RUN, which I completed in November 2015.  Switching my mind from screenwriting format to the detailed thoughts expressed in writing a novel took some doing.  By the time I was halfway into chapter six, the thoughts of this story making a fabulous TV series pressed strongly on my mind.  I once again switched back to screenwriting mode and I have now completed a one-hour TV Pilot episode based on the first four chapters of the novel.

As a television series, this story has many perks to production. One advantage is that the main character, and the majority of the cast, change from season to season, enabling a fresh storyline and streamline budgeting.